I just spent a week in Havana, Cuba with a group of photographers which was through Santa Fe Workshops. During this time we were able to experience everyday events through exploring the city as well as through the connections of local photographers allowing us to capture the city with our cameras. The images which I am sharing are just a handful of the images which I took during the trip, and will be posting more images as well as details on my experience visiting Cuba in the upcoming weeks. 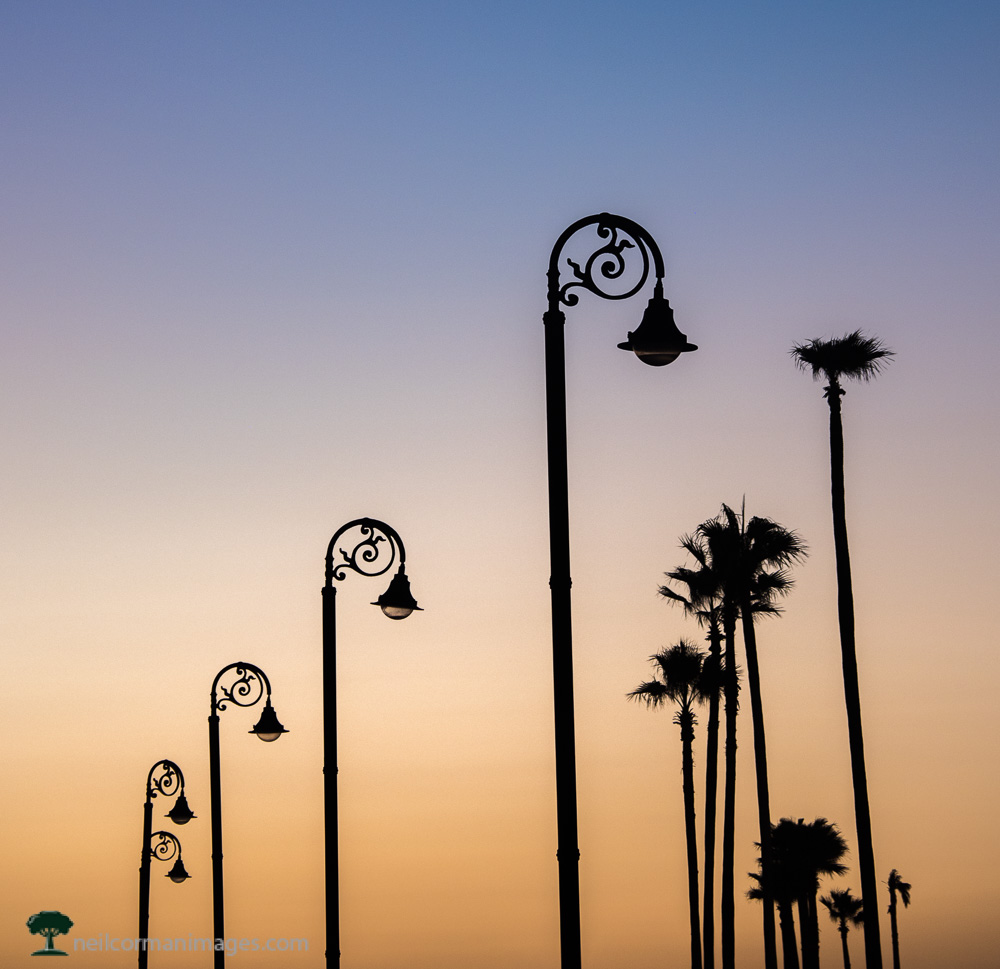 Sunrise in Havana: While out photographing at sunrise in Havana, I turned around from the direction I was walking to notice the light poles leading up the palm trees during a colorful sunrise on my first day in the city. 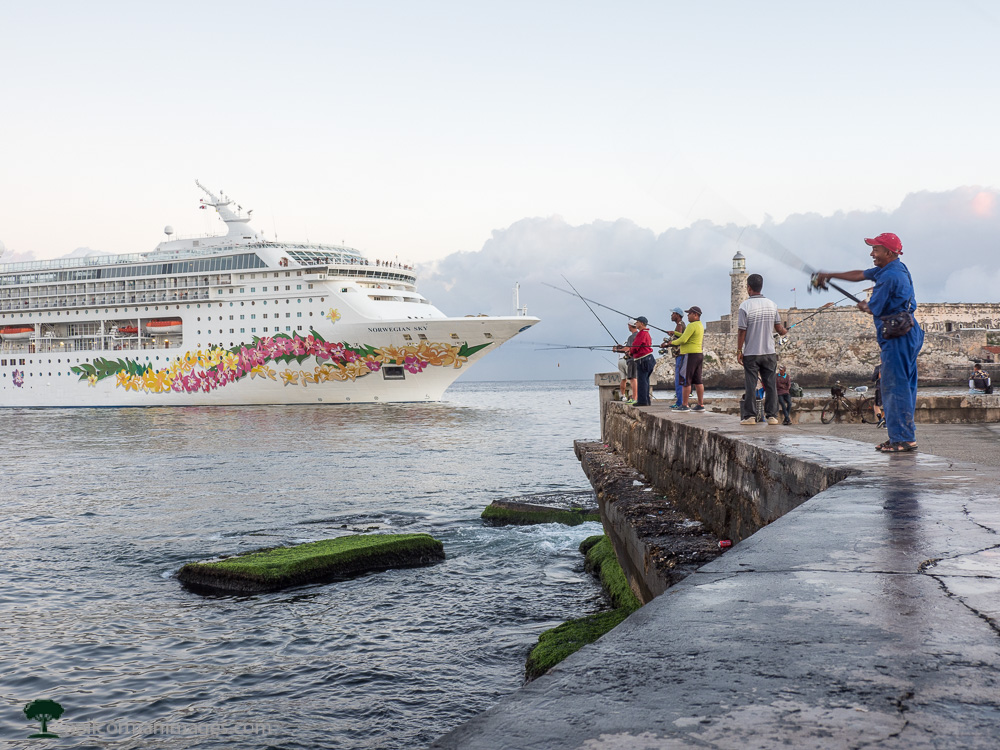 Fishing in Havana:  As the first light is rising a cruise ship enters the harbor in Havana passing by scores of fishermen looking for a catch in the morning.  Within a matter of seconds the large cruise ship passes by this location. 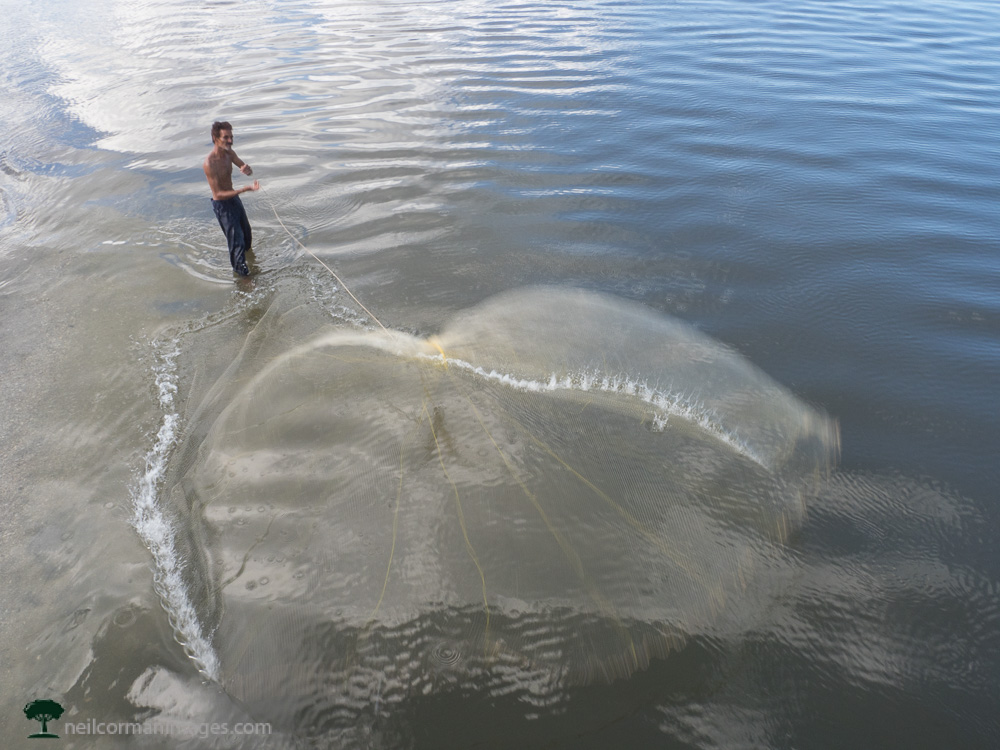 Fisherman in Cuba: Just outside of Havana I was at a fishing co-op. From a small foot bridge I was able to capture a fisherman capturing fish which would be used for bait while out fishing in the open seas. 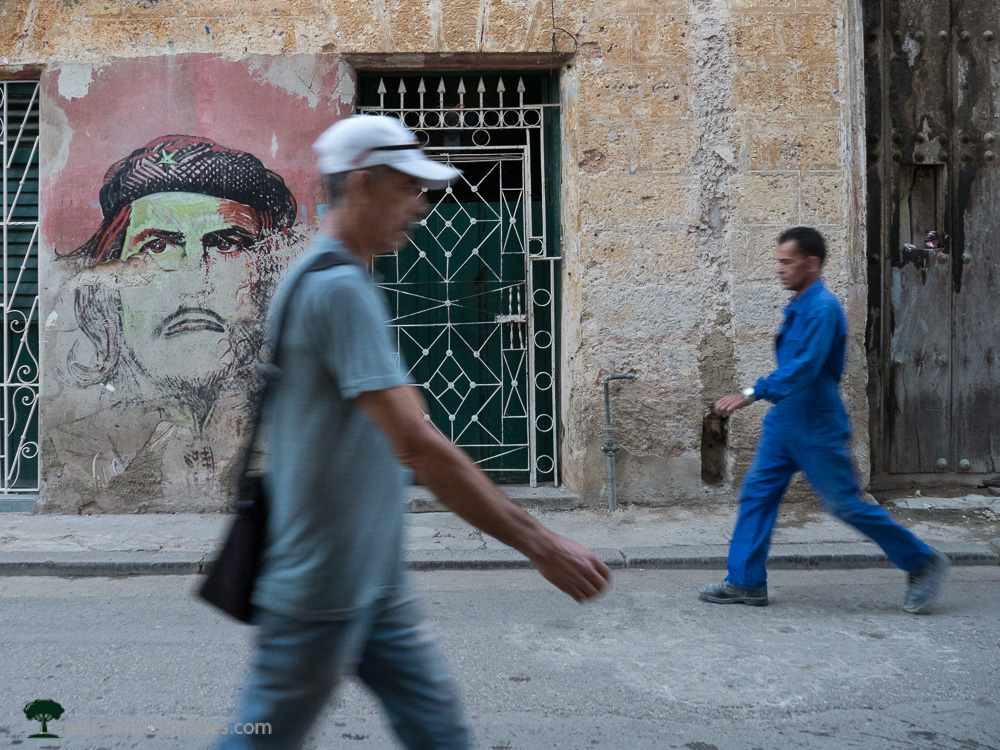 Morning in Havana: Two men walk in opposite directions in the morning down a street in central Havana. 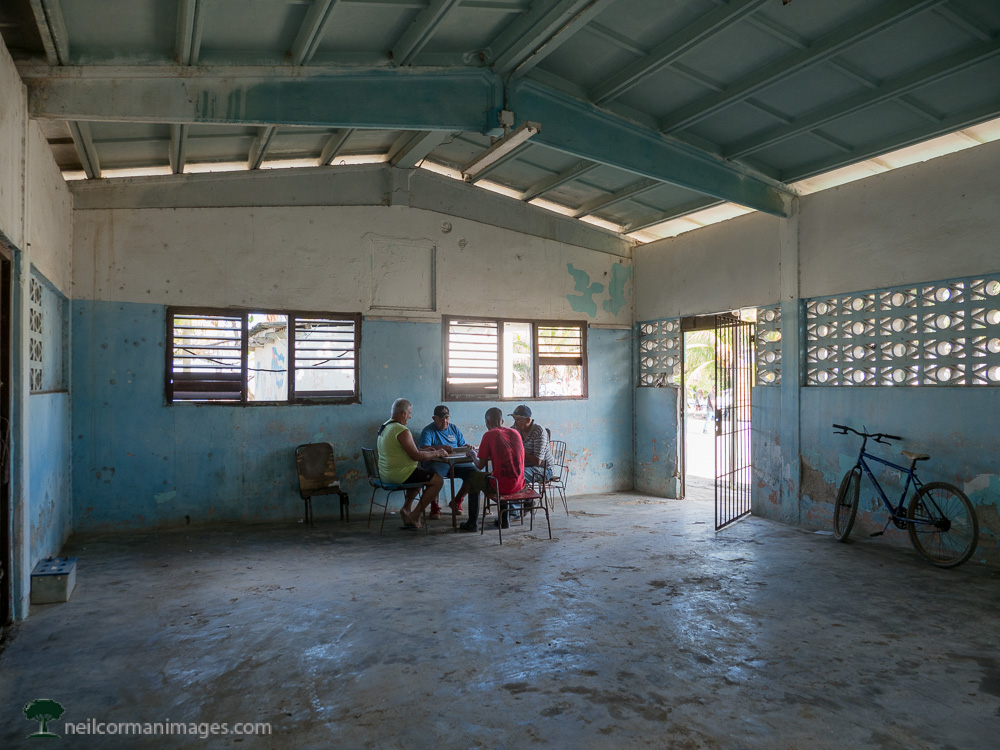 Dominos in Fishing Village:  While taking a break at the fishing base of Cojimar, a game of dominos is played in a structure which is used as a social gathering spot. 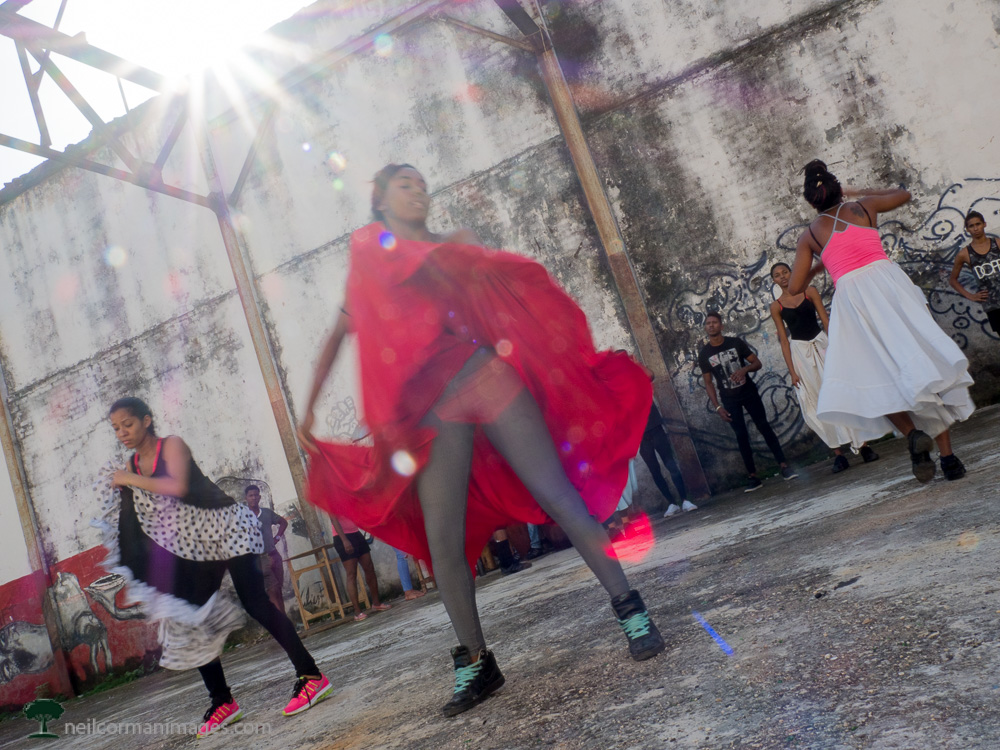 Dancers in Havana:  The Ban Rarra Dance Company performs their afro-cuban style of dance in an open space within Havana as the morning light rises into the area. 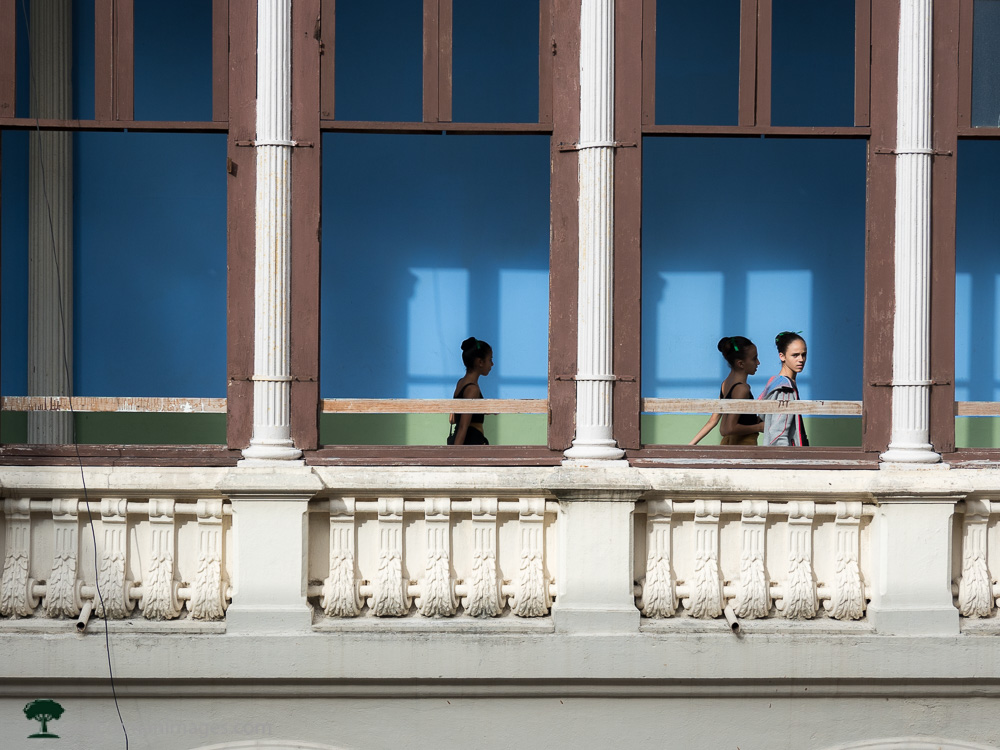 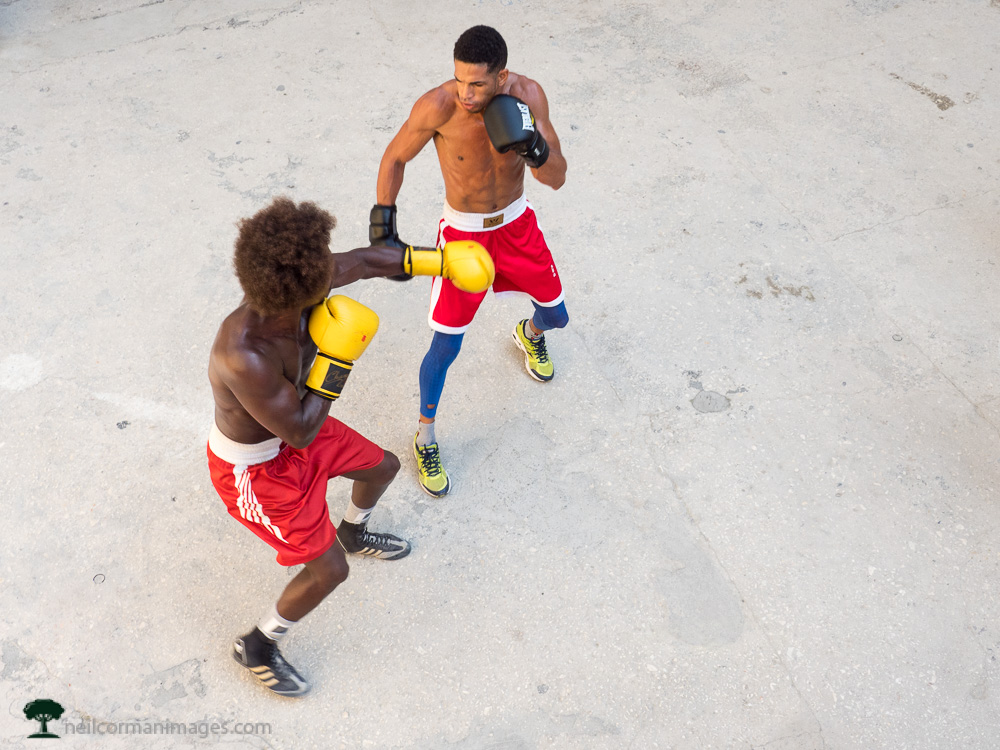 Boxing: Two boxers spar in a training exercise at the Rafael Trejo Arena in Havana.  This training arena has produced numerous olympic medalists. 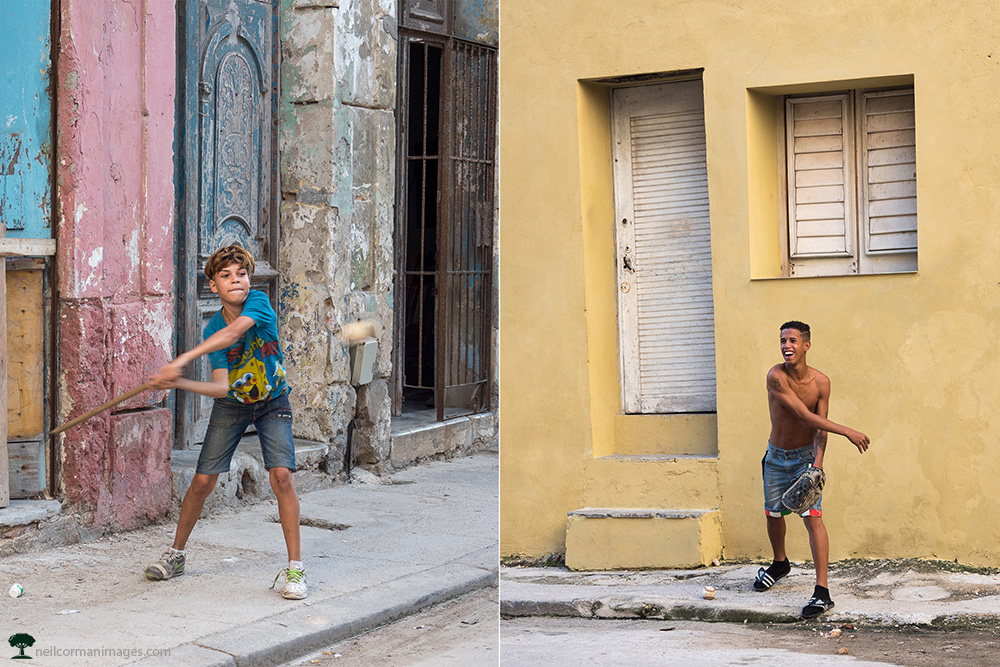 Baseball in Havana:  Two boys play baseball in the streets in Havana with a new baseball they just acquired. 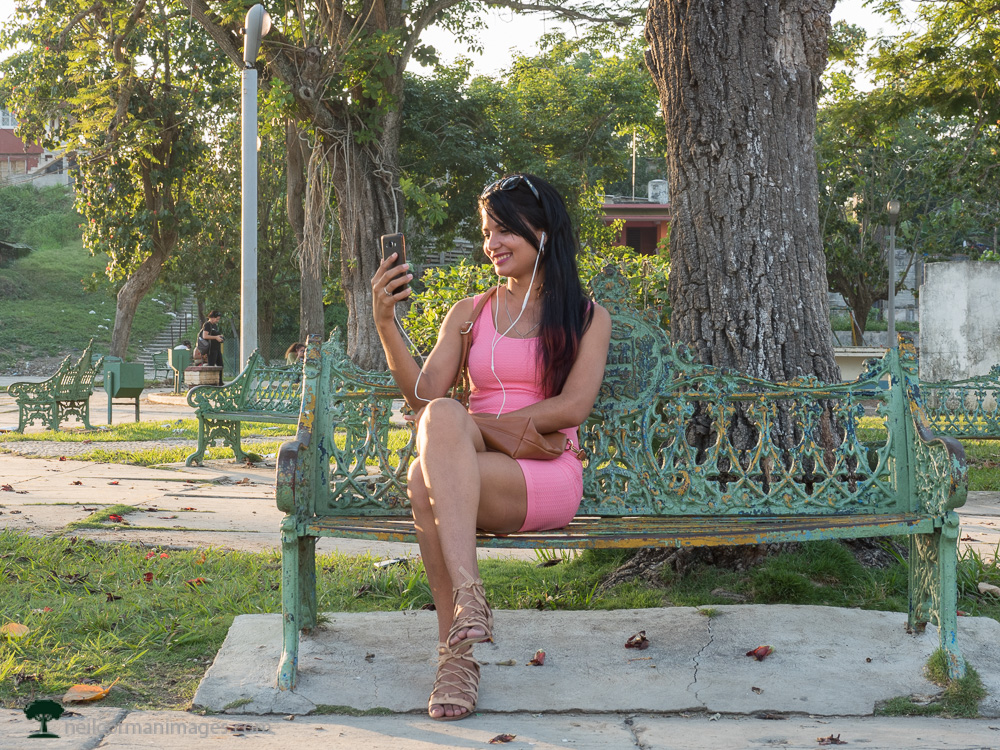 FaceTime in the Park:  A young woman is on FaceTime with a friend in Europe from a park in Campo Floridio.  Wifi is only available in specific locations and this park is one of those locations to access the internet with an access card. 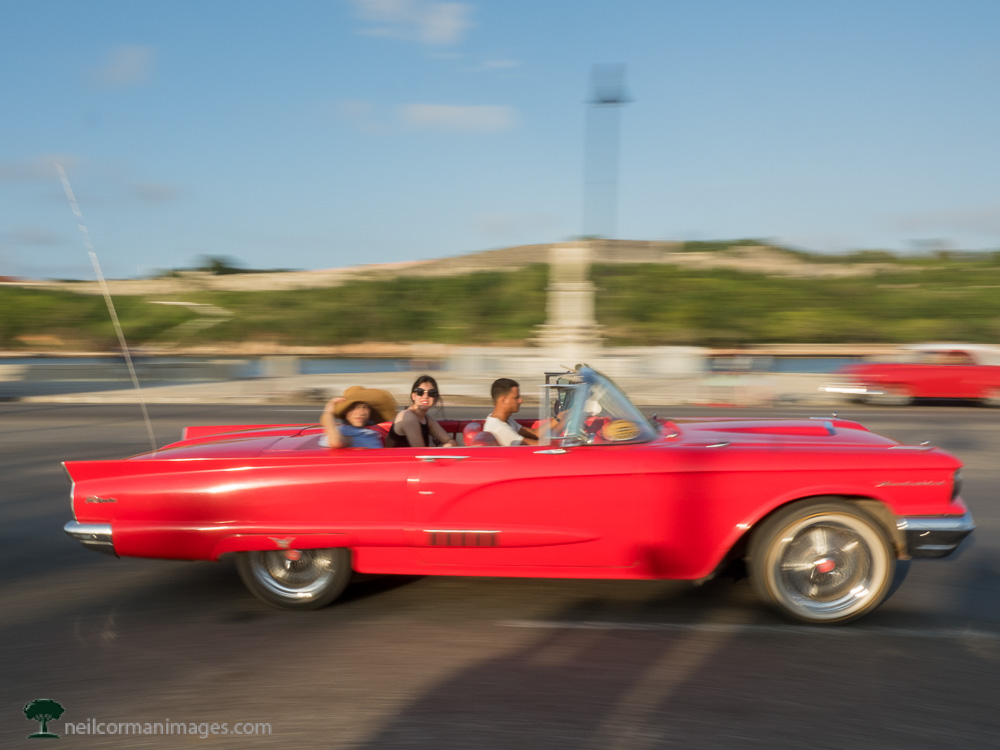 Classic Car in Havana:  One of the many classic US cars makes their way along the waterfront in Havana.  These cars are in great condition and are available to take visitors on tours of Havana. 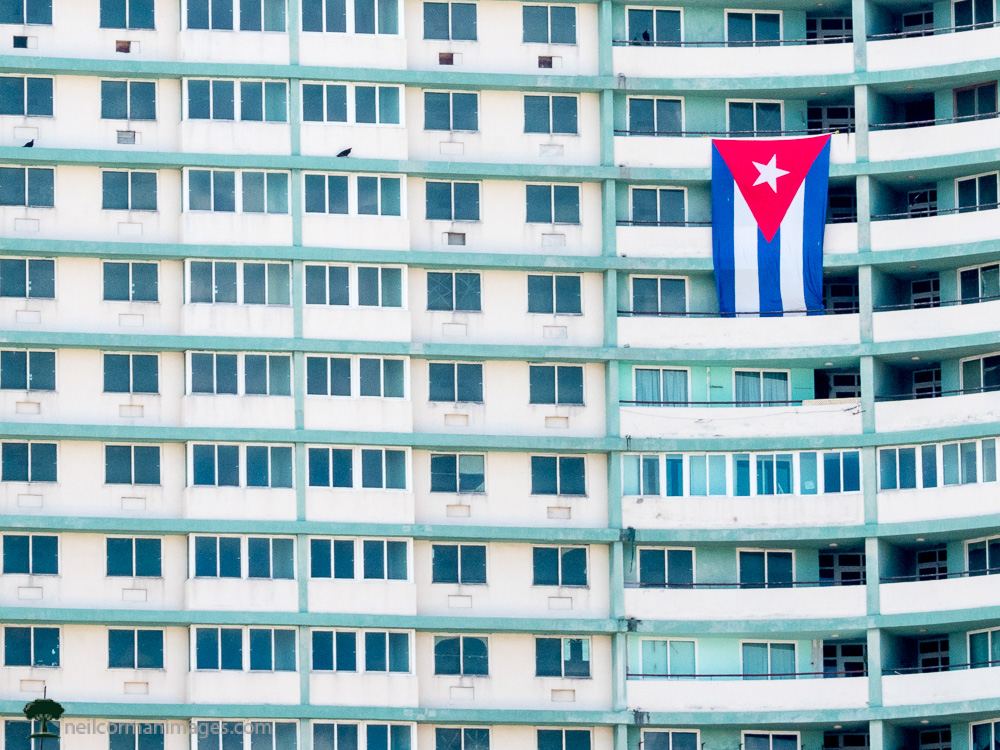 Cuba Flag:  A large flag of Cuba drapes down from a building near the National Hotel.

Look for more from this trip to Cuba soon.

This error message is only visible to WordPress admins

Please go to the Instagram Feed settings page to create a feed.